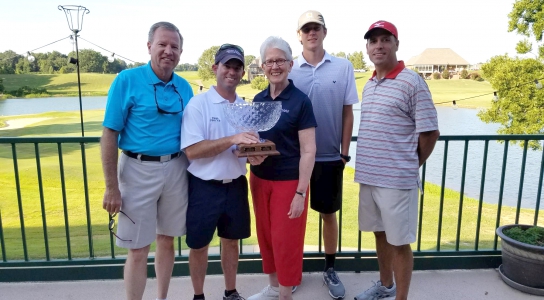 Sign up your team today - you could win $1 million!

In addition to the College Cup, participants have the chance to win cash prizes in various contests including a putting contest, a hole-in-one contest, a longest drive contest and a closest-to-the-pin contest. Dr. Karen Bowyer, president of DSCC, will serve as “Celebrity Putter” to give players one more chance to make that par, birdie or eagle putt. Back by popular demand will be the “Eagle Swing” in which golfers purchase a chance for a member of DSCC’s Baseball or Softball team to take the first swing from the tee box. The Farms Golf Club will again sponsor the opportunity for the top two winners of the closest-to-the-pin contest to become $1 million richer by hitting a hole-in-one. In addition, everyone who registers and pays to play by Wednesday, Sept. 12, will be entered into a drawing to win four free rounds of golf at The Farms Golf Club. Door prizes will be awarded at the end of the tournament.

Tommy Allmon and Patrick Williams will serve as tournament co-directors this year.

The cost for a team of four is $400 and includes a catered lunch between 11:30 a.m. – 1 p.m. Cash prizes will be awarded to first, second and third place teams in two flights. Members of DSCC’s cheer, baseball, softball and basketball teams will be soliciting local businesses for door prizes and sponsorships over the next month.

Registration forms are available in the DSCC Office of Institutional Advancement located in the Eller Administration Building and at The Farms Golf Club. They are also available electronically at www.dscc.edu or by contacting 731-286-3349 or clay@dscc.edu.

*Awarded by National Hole-in-One Association®. Must be present to win. Contact DSCC at 731-286-3349 for rules and regulations.