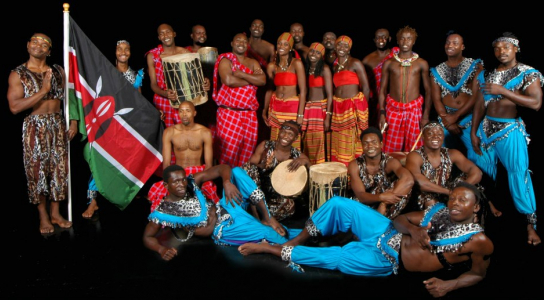 The ZuZu African Acrobats, a traditional Kenyan acrobatic team, will bring their exciting performance to Dyersburg State Community College (DSCC) on Feb. 18 at 6:30 p.m. inside the E.H. Lannom, Jr. Gymnasium on the Dyersburg campus. Admission is free to all faculty, staff, students, and the community. This event is sponsored by DSCC International Studies Program fees which students pay.

The ZuZu African Acrobats, originating from Mombassa, Kenya, have performed their high-energy acrobatic show in over 25 countries. Their show embodies the Bantu culture of East Africa, with popular dance moves set to live and taped African music. They have performed at Super Bowl halftime shows, National Basketball Association (NBA) halftime shows, the David Letterman Show, the 1999 World Cup of Soccer, and the Pan-Am Games. The Acrobats were named a semi-finalist on the hit television series America’s Got Talent in 2012. In addition, they have opened for several music concert tours, including Monica, 98 Degrees, and Blackstreet.

The community is encouraged to attend. For more information, contact Stephen Thomas, director of student life, at 731-286-3332 or sthomas@dscc.edu.