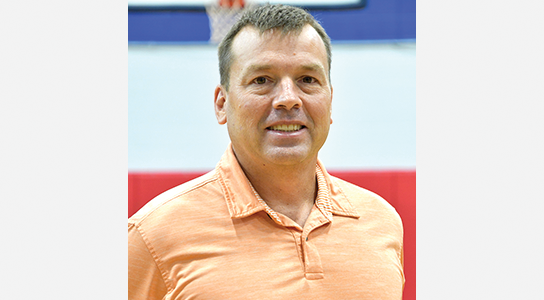 With 27 years of collegiate coaching, Daume ready to take Lady Eagles to the next level.

“Coach Daume has an impressive record of coaching women’s basketball teams and developing individual student-athlete talent,” stated Dr. Bowyer. “We welcome him back to his home region and look forward to him continuing to create a winning environment for our students, alumni, fans and community.”

Daume boasts an impressive 27-year span in collegiate coaching. He transitioned to secondary education in 2018, coming to DSCC from Fort Myers Middle School where he served as a seventh-grade math teacher. In his most recent collegiate-level coaching experience, he served as women’s assistant basketball coach at Quincy University from 2011-2018. There, he helped lead his team to a Great Lakes Valley Western Division Conference win in 2012 and advanced to the National College Athletic Association (NCAA) round in 2012, 2014 and 2016.

Daume earned a Bachelor of Science degree in Education from the University of Missouri-Columbia in 1994.

“I would like to thank Dr. Bowyer, Coach Kline, and the search committee for this great opportunity,” stated Coach Daume. “I am excited to be back in coaching and look forward to the challenge of building a consistent winning team at Dyersburg State. Time to get after it! Go Eagles!”