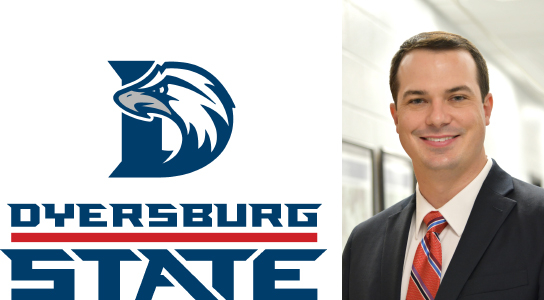 DSCC President Karen Bowyer has announced the appointment of Men’s Head Basketball Coach David Anderson as the new athletic director for the College. Anderson began his tenure with DSCC athletics in July when he was named the men’s head basketball coach.

“David’s immediate predecessor, Coach JT Taylor, has done an excellent job as Interim Athletic Director,” stated Dr. Bowyer. “Under JT’s leadership, our athletic program has become stronger and better over the past 13-plus months and we are grateful for this good work. We look forward to Coach Anderson working with JT and the other coaches as he assumes his additional duties.”

Anderson comes to DSCC from Southern Arkansas University (SAU) in Magnolia (Arkansas) where he served as associate head coach of the men’s basketball team and community service coordinator since 2017. Before this, he served as assistant men’s basketball coach at SAU from 2012-2017 and at Martin Methodist College from 2010-2012. Anderson’s SAU team completed a 19-10 overall record during the 2018-19 academic year, a college record in the program’s 24-year National Collegiate Athletic Association (NCAA) Division II history. Other recent highlights include 14 Great American Conference (GAC) wins in 2018-19; a first-ever national ranking of #22 entering into the 2018-19 season; and assisting his team to become the only team in the GAC to qualify for conference tournaments from 2012-2019.

Anderson earned a bachelor’s in business administration-management from Martin Methodist College in 2008 and a master’s in kinesiology and coaching from Southern Arkansas University in 2015.

“I am eager to take on this new challenge and am motivated to be a great asset for the Athletic Department and Dyersburg State,” stated Anderson. “It is a true honor to have this opportunity. I have a great group of coaches and support staff to work with and I thank them for their help. Special thanks to Dr. Bowyer and her staff for trusting in me. I plan to work diligently to earn that trust every day. Thank you to Coach JT Taylor for his guidance and for the great job he did serving athletics. I look forward to a great future for Dyersburg State athletics and we are going to do it together. Go Eagles!”