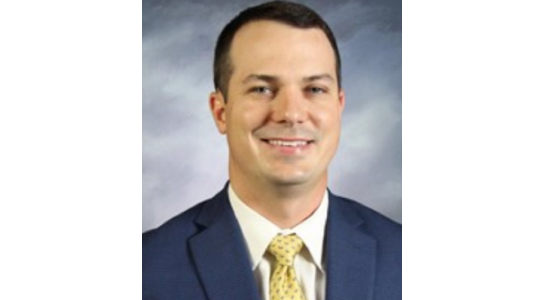 “We look forward to Coach Anderson joining us as head coach of the Eagles basketball team,” stated Dr. Bowyer. “With his impressive coaching and recruiting background, we feel he will ensure the success of our student-athletes both on and off the court. With his added experience of coordinating community service activities, he will be an outstanding ambassador in our community.”

Anderson comes to DSCC from Southern Arkansas University (SAU) in Magnolia (Arkansas) where he served as associate head coach of the men’s basketball team and community service coordinator since 2017. Before this, he served as assistant men’s basketball coach at SAU from 2012-2017 and at Martin Methodist College from 2010-2012. Anderson’s SAU team completed a 19-10 overall record during the 2018-19 academic year, a college record in the program’s 24-year National Collegiate Athletic Association (NCAA) Division II history. Other recent highlights include 14 Great American Conference (GAC) wins in 2018-19; a first-ever national ranking of #22 entering into the 2018-19 season; and assisting his team to become the only team in the GAC to qualify for conference tournaments from 2012-2019.

Anderson earned a bachelor’s in business administration-management from Martin Methodist College in 2008 and a master’s in kinesiology and coaching from Southern Arkansas University in 2015.

“I would like to thank Dr. Karen Bowyer and her support staff for this incredible opportunity to start my career as a head coach at Dyersburg State Community College,” stated Anderson. “I am extremely grateful to come back to my home state and coach the sport I love. I look forward to recruiting and building strong relationships in the state of Tennessee and beyond. Dyersburg is a great place to be and I am eager to become an active part of the community. Coach Charles Taylor led the team to an outstanding year last year and I will work hard to build on the team’s success. Special thanks to Coach Andy Sharpe, my former players, and everyone at Southern Arkansas University that has touched my life. I am looking forward to investing in the hard work it will take to make Dyersburg State proud! Go Eagles!”